Within two days two different patients said this to me, each with hatred in his voice.  Each time I was alone, each time I had known the patient for only a few minutes, and each time the rage was directed at me and only me.

For seven months, I had avoided being the bad guy.  When a patient got upset, he accused my superiors, and I hid behind their authority with relief.  With no power came no blame.  I would offer sympathetic eyes during the blow-outs and weigh how much of what the patient perceived was in line with reality.

The last two episodes were on an entirely different level, not because of their intensity but because no one but me stood there to shoulder them.  Now I see patients alone and project a greater air of confidence, which naturally leads some to believe that I am the one making their decisions.  My usual intellectualization and analysis were non-existent; I experienced a pure visceral response.

The first episode, in retrospect, was merely a preamble.  I walked into the clinic room and was greeted with “You’re 45 minutes late.”  I apologized.  The patient insisted I wasn’t sorry but that I was unprofessional.  I don’t quite remember all the personal attacks he added over the next few minutes because my sympathetic system had taken over: my cheeks flushed, my heart pounded, and all I wanted to do was flee.

Instead, I withdrew.  I’m fairly certain I took a less thorough history with him than I do with other patients.  I’m pretty sure my plan was more rushed since he questioned my judgment at several junctures.  I know that all I wanted to do was get out of that room and away from an unpleasant person that I had originally wanted to help to the best of my ability until he compromised my ability to help him.

The following day, I was back in the hospital with a much sicker patient.  I walked in to do a physical exam and the patient demanded that I get him food.  I explained that he couldn’t eat independently because he was at severe risk for swallowing the wrong way and having the food go into his lungs and causing an infection.

“You f*cking b*tch,” the patient yelled as loudly as he could with his weakened voice as he tried and failed to get out of bed and reach his food.  I apologized and once again I heard the cutting response: “You’re not sorry.”

After several minutes though, my empathy faltered and finally gave out.  My thoughts turned from the patient’s plight to a more inward stance: I don’t deserve this.  That single thought amplified until the hungry patient in front of me no longer existed.  I don’t deserve this.  I knew it wasn’t personal because he would have screamed at anyone who happened to stand in my place.  But at the same time it was personal because it happened to be me.

I didn’t say much and walked out, feeling shaky.  More disturbing thoughts snaked their way into my consciousness and wouldn’t let go.  No, I wasn’t sorry anymore.  No, I didn’t really care what happened to him.  And then probably the worst thought I’ve ever had in my life: in that moment, I didn’t really care if he lived or died.

With that realization, I found a bathroom to cry in for about half an hour while I ignored the page from my resident inviting me to get lunch.

Within an hour, my limbic brain had yielded to my cortex and I was able to analyze what had happened.  Ironically, it was the analysis rather than my raw emotion that brought back empathy.  I reread the patient’s notes, talked to his son, and felt as though I had a better grasp on the reasons behind his intense anger.

Within a few hours, the patient was transferred to the ICU.  (Thankfully, the turn of events was unrelated to the care I did or did not give him.)  Half of me felt sorry but the other half still felt relieved that I would not have to see him again.

During our psychiatry rotation, we had had a lecture on how to think about “difficult” patients.  We were encouraged to think about the feelings of helplessness, uncertainty, anxiety, and fear patients felt, in addition to the destructive medical processes impairing their minds and bodies.  We were told never to forget that context when we dealt with someone whose behavior didn’t conform to our expectations of how a “good” patient should act.  It was a very valuable lecture, and I sat in the safety of our conference room absorbing it.

On the floor, feeling vulnerable and alone, feeling attacked and helpless, I lost sight of that lecture.  I was feeling the same things my patient most likely felt, yet to a fraction of an extent.  Although I didn’t verbally abuse anyone the way he did, my internal verbalizations were probably just as abusive.  Destruction need not be loud and it need not be an action.  Perhaps it begins with a thought,  one that snakes into your consciousness and amplifies.  Perhaps it ends in inaction, with you walking out of the room too early.

On the first episode of Scrubs, one of J.D.’s first patients passes away suddenly from a pulmonary embolism.  He narrates.  ”I’ll never forget that moment.  The way he looked exactly the same only completely different.  The shame that all I could think about was how hard this was for me.”  Seven months after I have started this thing called hospital medicine, I have finally felt that shame.

Before I wrote this post, I checked on that patient’s status.  He had recently passed away.  I hadn’t known.  It hadn’t been an expected event.

I wonder if I had known how close he was to death if my thoughts of him would have changed in that moment when our lives intersected.

I also know that the answer shouldn’t matter.

Note: Certain patient details have been changed to preserve anonymity.

Shara Yurkiewicz is a medical student who blogs at This May Hurt a Bit.

Can winning the war of words help my patients? 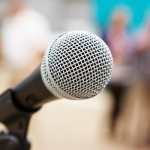 Be the bad guy with good intentions
24 comments