For the families who lost children, their world as they knew it has effectively ended. Yet somehow the sun rises again and the next day is here. For the rest of us grieving along with these families, the only way to move forward is to take what President Obama called “meaningful action.” I interpret this to be action that is radical and significant enough that it will somehow give meaning to this unimaginable loss.

The first and most obvious front is gun control. Without access to guns, apparently the same rifles used by troops in Afghanistan and Iraq, one individual could not have done this degree of harm. The politics of gun control is not my area of expertise, but certainly the politicians must now be motivated to, as Obama said, “put aside differences” and honor these children with dramatic changes to gun control laws.

One of these colleagues wrote of how these events are often perpetrated by young adults who have not been “acting out,” but rather have been quietly bullied for years and seriously neglected at home. Their symptoms may be more subtle. Yet it is difficult to imagine that there were not people in this family’s life who did not recognize that this boy/young man was mentally ill.

The emerging information speaks to  a deeply troubled relationship between the shooter and his mother as being at the root of the event. Apparently he first shot his mother and then went to the school to deliberately kill the children at the school where she worked. I wonder, was the hurt he experienced in his relationship with her magnified by his witnessing of the care she gave her young charges at her job?  Of course I don’t know, and this is only theory as I struggle to make sense of something that doesn’t make sense.

As I said to my editor when she asked for our thoughts on this event, the trauma is perhaps too fresh for an in-depth discussion of theory and policy change. However, I am hopeful that the coming weeks and months will be filled with meaningfully dialogue of how we as a society can honor the dead children, both through gun control and improved access to quality preventive mental health care.

Locum tenens prepared me to volunteer in undeveloped countries 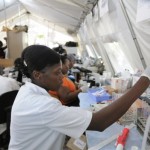 Take back some of the richness that life can offer

How can we as a society honor the dead children?
3 comments