Each of us wears many different “hats” throughout the course of the day.  We are an employee, a wife, a father, a club member, a consumer and so on.   It comes as no surprise that our thinking, what we say, and how we say it at any particular time coincides with the hat we are wearing at that moment.   The thing about these “hats” or roles is that they come with their own set of social conventions, particularly when it comes to how we communicate.   When I was a kid for example “children were to be seen and not heard” when out in public.

So it is when we put on our patient hat – something we all do from time to time, particularly as we get older.

Unfortunately few of the roles we play come with a book of instructions.  Rather we learn them from experience or by watching others.

Think back to your first visits to the doctor — when your Mom took you to the pediatrician.  If your experiences were like mine you learned very early on that the doctor did all the talking (a physician-directed style of communication). That’s because the doctor’s role was that of “respected expert” and my Mom’s role (and by default mine) was to play the sick role.   Much was required or expected of the person playing “sick role” — you just were there to listen and then do as told.  My Mom never was one to be passive or  quiet in most social situations but when it came to being a patient (surrogate) or a real patient in later years, she would have won an Academy Award for playing the sick role to perfection.

Believe it or not, when I have to put my patient hat on, I am no different.  In another post, I described waiting 2 hours to see a new retinal surgeon who was said to be very good.   The longer I waited the fewer the questions I decided to ask him — he appeared too busy to spend time with little ole me answering my questions.   I couldn’t believe how easily I slipped into the sick role!  I suspect that, contrary to all the talk in the literature about how empowered everyone is, we patients basically all behave the same way when the exam room door closes.

This point was driven home for me in a recent Health Affairs article that talked about “Patient’s Fear of Being Labeled Difficult.”  The basis for the article was a series of patient focus groups conducted in the San Francisco Bay Area – the heart of Silicon Valley and all things involving digital health.   One finding stuck with me — that most participants in the study talked about how they actively tried to avoid challenging their physicians during office visits:

Deference to authority instead of genuine partnership appeared to be the participants’ mode of working.

Mind you the participants in the research were “wealthy, highly educated people from an affluent suburb in California, generally thought to be in a position of considerable social privilege and therefore more likely than others to be able to assert themselves.”  These patients were recruited from Palo Alto Medical Foundation physician practices, one of the most wired health populations in the US!

The patients in the study were socialized into the same sick role as the rest of us.  Deference and passivity, at least while in the exam room with the physician, are dead giveaway signs of sick role behavior.   Too be sure these people did go online after they left the doctor’s office to do what they should have done with their doctor – ask important questions.   Did you know that during the average primary care office visit, patients ask very few “important” questions?

Talking (and listening) is how physicians diagnose and treat patients.  If patients are deferential to their physician to the point that they don’t share valuable information, don’t ask challenging questions, and don’t engage in collaborative decision-making, then something is very wrong.   The net result is sub-optimal outcomes, medical errors, preventable ER visits and hospital readmits and poor patient experiences.

The first step is for providers to recognize the scope of the problem and the need to fix it.  The second step is for providers to examine their own attitudes and skills with respect to helping patients break out of the sick role into a more collaborative role.  Third, providers and their hospital partners need to acquire the tools, training, and resources needed to help patients as well as themselves design and adapt to their new hats, roles, and social conventions.

I have a problem and my problem is me 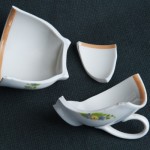 When patients are socialized into the sick role
5 comments