I wanted to expand on something I wrote recently, which relates to my other sort-of-recent post on upcoding. I wrote, about scribes and compliance:

Knowing that the scribe cannot document a complete ROS unless I actually did that ROS, I am more compulsive about making sure I hit all ten systems. (Even when it’s not clinically relevant. Such is the Kafkaesque world we live in.) And I make sure to do a full exam where before I may have elided over a few systems. This is, of course, only for cases where the complexity of the case will justify a service level requiring the complete H&P.

This hits at the heart of the upcoding debate. Remember this front-page article in the New York Times, in which the increased billing levels of ER doctors is asserted as prima facie evidence of fraud and abuse, and the follow-up in which the powers that be asserted their intent to reclaim these hundreds of millions of dollars in “inappropriate payments.” We are not looking at a hypothetical threat here, and the financial risk to care providers is enormous.

The rules, for those not familiar with them (and who the hell would be reading a blog post about medical coding if you weren’t?) are that to bill at a level 5, which is the highest ordinary level of service in the ER, the physician must document the following:

In order to quality for a level 5, all of these must be met, but the sine qua non is the medical decision-making (MDM). This is, in fact, the ultimate driver of the visit level. MDM consists of three components: the number of diagnostic options (i.e. your differential), the amount of data you must review (i.e. tests, re-examinations) and the risk inherent in the presenting problem. If the MDM isn’t met, no matter how nicely documented the rest of the chart is, a high service level may not be justified. To put it another way, an ankle sprain, no matter how thoroughly documented, is still just an ankle sprain.

Previously, it was common to have cases “downcoded” when a doctor had a high-complexity MDM but slipped up on the other items, most commonly on the ROS. Over the years, physicians have gotten better educated about the system and more sophisticated at making sure the ROS and other requirements have been met so that the billing level can, appropriately, be determined by the MDM.

This rankles. Always has. When I see a patient with chest pain and a heart attack, in order to get paid appropriately I have to ask a bunch of completely irrelevant questions about unrelated systems: do you have burning when you urinate? Do you have any rashes? Nobody would argue that the complexity and risk don’t justify the level 5, but I have to document a bunch of medically unnecessary trivia to compliantly bill at the level the MDM deserves.

And this is where the bureaucratic hassle now becomes a catch-22.

Medicare considers it fraud to bill for things which are medically unnecessary. If I see an ankle sprain and order blood tests and a CT scan to try and get the bill up to a high level, that legitimately is fraud because the tests ordered are not medically necessary. But what is happening now is that Medicare (in the form of the private contractors who administer it regionally, along with some private payers) are reviewing charts and claiming that the physicians are fraudulently upcoding because we are documenting complete Reviews of Systems when they were not … wait for it … medically necessary.

To be clear: Medicare set the rules, and made them arbitrary and disconnected from reality, and now is coming back and punishing physicians for attempting to follow the rules to the letter of the law.

And the format this takes is scary. You get a letter from the Medicare carrier (or a RAC or a Medicare Advantage administrator) telling you that you’ve been reviewed, found guilty of upcoding, and this finding, based on a handful of charts, is extrapolated back several years. The result is a large demand for reparations, usually in the mid-to-high six figures. The physician group can either write a check or lawyer up and argue it chart by chart in front of an administrative law judge.

What I hate about this is the underlying dishonesty. This is about saving money. I get that, and that is in fact a reasonable goal. Healthcare is astoundingly expensive, and as a society we need to ratchet back the expense. If there’s an argument to be made that physicians are paid too much, then let’s have that debate on its merits. But the attempt to save money by harassing physicians and exploiting the contradictions within the rules that the government itself wrote is beyond maddening.

Ask your toddler to do the chores 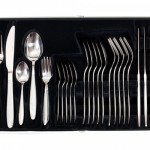 The age differential in medical care