I attended a talk by the Dean of Admissions of one of the most competitive medical schools nationwide. The topic was primary care and community health. He talked at length about how not enough medical students were entering primary care. He put up some graphs showing that the most lucrative specialties tend to be the most competitive ones, with primary care among the lowest-paying and least-competitive. He said that medical schools need to be making primary care more appealing. And he talked about how, in his long tenure as Dean of Admissions, he has been steadfastly committed to selecting those applicants who are committed to becoming the next generation of leaders in primary care.

I went up to the Dean afterwards and alluded to the fact that nearly all graduates from his medical school go into medical specialties instead of primary care. Has his school considered creating a loan forgiveness program for students who pursue careers in primary care, giving them an added incentive to enter the field?

His response: “There’s no need for such a program, because I’m confident that our medical students don’t choose their specialties based on financial considerations.”

Me: “But during your talk you put up a graph showing that medical students nationwide do exactly that.”

Dean: “Our graduates have some of the lowest debt levels in the country, so financial constraints aren’t a concern.”

Me: “If financial constraints aren’t a concern, and if you’re admitting students based on their likelihood of going into primary care, then why are so many of those admitted students going into specialties? Is it because it’s difficult to predict what specialty an applicant will eventually pursue?”

Dean: “Not at all. We’re quite good at picking the right students …”

And so, this fruitless conversation dragged on for longer than it should have.

The Dean of Admissions may well care passionately about primary care—after all, he cared enough to give a talk on that topic. But his school certainly doesn’t see its mission as training primary care doctors, a notion borne out by the careers its graduates enter. And why would the school care about primary care? Primary care doctors tend not to make the big-deal research discoveries that net Nobel Prizes. They tend not to accrue the sort of wealth that would someday allow them to endow professorships. They tend not to invent new procedures and new drugs. Their work goes largely unnoticed, except by the patients they care for.

But I don’t think most medical schools care, and this ambivalence rubs off on its students. It’s one of the contributors to the dearth of American medical students entering primary care. 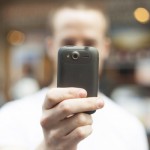