In 1977, a group of doctors began a campaign to change the name of an inflammatory arthritis after discovering it was named after a Nazi doctor who planned and performed gruesome forced human experimentation that killed thousands. In one of these experiments, for example, Hans Conrad Julius Reiter inoculated Buchenwald concentration camp inmates with the microbe causing typhus, resulting in the deaths of over 250 people. The inflammatory arthritis then known as “Reiter’s syndrome,” the group of doctors suggested, should change its name to “reactive arthritis.”

That was in 1977. In 2000, Dr. Daniel J. Wallace and Dr. Michael Weisman published a paper rekindling old requests to remove Reiter’s name from the syndrome. Shortly after, the patient advocacy group Spondylitis Association of America voted to approve the name change. In 2003, a group of rheumatology journal editors decided against continued use of the eponym in their journals. The official retraction from the doctors who originally proposed the eponym came in 2009.

Sadly, the story is still not over.

The campaign to remove Reiter’s name should not actually have been morally ambiguous. Medical eponyms are meant to honor individuals who contributed to the field. Torture and murder are not things we wish to honor. After the war, a profound ethical debate sprung from the question of what to do with discoveries that came about from forced experimentation on human beings without their consent. But the question of the medical eponym does not fall into that category. Up for debate was not whether we should keep or discard useful medical information obtained through grossly immoral means. All medical information discovered would still be known. All that was asked is that the result was not named to reward a criminal. As the physicians who wrote the retraction summarized their reasoning:

Medicine is a moral enterprise. Physicians serve to promote the welfare of their patients. Hans Reiter was a Nazi war criminal responsible for heinous atrocities that violated the precepts of humanity, ethics, and professionalism. We see no acceptable rationale to preserve any professional memory of Reiter within our medical culture, except as a symbol of what our societal values obligate us to reject.

The difficult part, it turned out, was not making the moral call but implementing it. The New York Times reported on the Reiter scandal in 2000, writing: “The precise steps needed to get rid of an eponym are unclear and vary with who uses them.” A 2005 analysis found that medical journal use of the eponym without mentioning its disfavored used dropped from 57% in 1998 to 34% in 2003. One interpretation is that these figures are encouraging; use of the eponym, after all, is decreasing. But considering that the campaign to change the name began in 1977, is a less than 50% drop over the first twenty years really such tremendous progress? Moreover, the study showed that change in the US was particularly slow, with US authors more likely to use the eponym than authors in Europe.

Since then, other medical eponyms tied to Nazi crimes have surfaced. The “Clara cell,” a type of cell lining the airways to the lungs, was named after Max Clara, an “active and outspoken Nazi” who made his discovery using tissues from murdered Third Reich victims. Then there is Friedrich Wegener of the vessel disease “Wegener’s granulomatosis”: Wegener joined the brownshirts eight months before Hitler seized power, joined the Nazi party in 1933, worked in “close proximity to the genocide machinery in Lodz,” and was wanted as a war criminal.

What this shows is that even an official retraction is not enough to change terminology that is deeply engrained. First impressions set the tone. Changing language takes more than official notification. It takes proactive, universal involvement. It takes a decision, and sticking to it. It takes a community, setting an example.

So, here is my humble request to doctors: please introduce these terms without their Nazi affiliations. If a tainted term has had another one substituted, please, just use the newer term. You can mention its former name and reasons for discontinued use, so that students may still recognize it if others refer to it. But from there after, make the newer term the norm. The norms of language follow from how terms are introduced.

Hans Reiter, responsible for the torture and murder of thousands of innocent people, was able to work and enjoy life until the age of 88. His crimes against humankind can never be erased. The least we can do is erase any praise of him and others like him. Saying their actions were deeply antithetical to the values of modern medicine is an understatement.

It takes a community to shape language. For the victims, and to make a statement against human rights abuses, I hope we can make it happen. 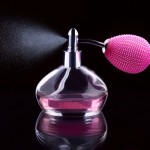 Sandy’s wrath is no match for nurses’ strength 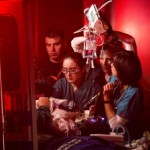 Medical eponyms and their connection with Nazi crimes
12 comments