Today marks the fourth major re-design of the site since 2004.  And I want to thank all the readers, and those who participate in the discussions that follow, because the continuing growth of the site would not have been possible without you.

The current re-design, which was about 2 months in the making, offers a cleaner look with more white space. I want to guide you through a few highlights.

In the middle sidebar you will see posts that have the most active discussions, with 3 sections, divided by posts no older than 1 week and 6 months, followed by recent posts, respectively.  Here you can instantly glance at the topics generating the most provocative and controversial discussions.

About 20% of readers access the site via their mobile phones.  Previously, they would receive a barebones version of the site.  Now on iPhone and Android phones, the full site will be automatically resized based on the size of their screen.

I have used Disqus as my commenting system for the past year, and I’m mostly happy with it.   One question I often receive relates to spam or offensive comments.  I encourage you to flag them and I’ll take a look at it.  Comments that include links automatically get placed in a queue for review prior to being published.

My speaking page now consolidates past and upcoming events all in one place.   There is a separate page for testimonials.  I have also included video excerpts of my recent November 2012 keynotes.

Much of the work happened behind the scenes, including a move to a new server to ensure appropriate resources to securely power a site that has grown to surpass 1 million monthly pageviews.  Thanks to Synthesis which runs the servers and to Out:think Group who managed the re-design.  I highly recommend both.

For the technically inclined, the site continues run on WordPress using the new Thesis 2.0 framework.

Once again, I sincerely appreciate your readership.  I know that I haven’t been writing as much as I would like, but I will announce why in short time. 2013 promises to be another great year.

I welcome your comments, and criticisms, of the new look.

4 reasons why doctors should be outraged 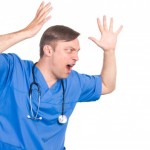 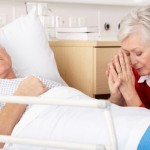