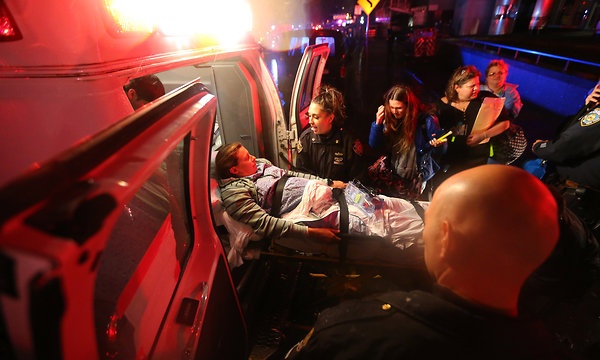 It’s 3:30 am and my clock alarm is singing some song that I used to like. I roll over to turn it off all the while thinking to myself: “I am waking up to stand for the next 12 hours straight holding a retractor. No one is going to care that I am there, and if I am even acknowledged it will be through a serious of questions aimed to prove how little I know about the case at hand (a term so affectionately referred to as “pimping”)”.

Hiding behind my aching thighs, my exhaustion, my embarrassment at my lack of knowledge, and well, my hunger … these are the times that I question my choice of career. I think: why on Earth am I putting myself through all of this? Did I really make the right choice? Frequently throwing my own pity party, I needed a slap back into reality.

Mine came in the form of what the news is affectionately referring to as “Superstorm Sandy”.  During the hurricane, NYU hospital lost its power and even its back up power failed. Some 300 patients had to be evacuated floor by floor, and we are talking without power (meaning no elevator help).

Nurses and doctors had to physically carry patients down the stairs and, in order to keep about 20 neonatal intensive care babies alive they even had to manually provide oxygen to the babies. Opening Facebook the next day I realized I had friends who, even as lowly medical students, were actually involved in helping to evacuate the hospital. They were needed there. Medical students were important there. Doctors were heroes there. It suddenly dawned on my medical field jaded self that this was why I wanted to be a doctor in the first place. Not for waking up early and feeling a bit bullied into scut work and question answering, but for actually saving lives when it matters most.

During the hurricane, infrastructure may have failed, but the people did not fail. And these people, they were MY people. These were the health care professionals so often talked about for negative reasons like malpractice or health insurance debates, but in this instance, they were radiating positivity. They are the ones running towards the emergency, and not away from it. These people were the ones who because of their life saving efforts during September 11th convinced my sister that medicine was her calling, not finance, and she promptly switched careers. These were also the professionals who chose to go to Haiti and New Orleans after the hurricanes and use their skills to help in any way that they could. And, on a smaller scale, these are the professionals who stand on a plane when someone asks, ”Is there a doctor on board?”, knowing full well what that question implies.

I didn’t want to be a doctor for money or for prestige. Like so many of my peers, I chose medicine because I wanted to “help people”. As cliché as that sounds, at its core it is actually what medicine is all about.

If this tragedy and the subsequent heroism that followed has taught me anything it is that though health care will always be a cause for debate, and health care professionals are far from perfect, doctors do some pretty heroic things. I think because doctors are “supposed” to see life and death every day, and we need them for even our smallest health problem, perhaps we learn to take them for granted. Even I do and I am training to be one of them.

I am honored and proud to be joining your ranks.

Jessica Gold is a medical student. 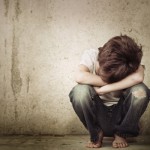 Neither political party truly represents doctors or their patients

To the health professionals during hurricane Sandy: Thank you
2 comments