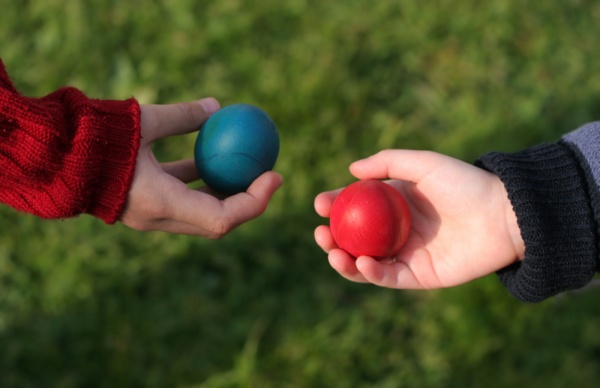 Our 5 year-old keeps forgetting to draw arms on his people at school. The lack of arms has evolved since school started in September and even came up in his parent-teacher conference recently. I found it odd– he always seems to remember that humans have arms when he draws at home. We didn’t mention it to him. And when his brother got an easel for his birthday recently, F painted this picture. Something jumped out at me. I loved it. Not just that hands are present on this figure but the perspective it imparts. Something about this little person looks so generous and so ready to give. 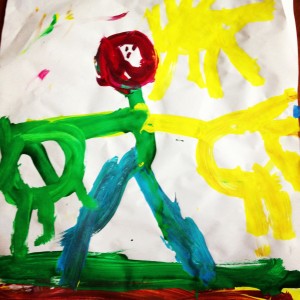 It’s important to help our children understand the need to give back, provide, share, and act generously. ‘Tis the season, too. When I’ve thought of it before, I’d attributed our role (as parents) as role models, that is I thought if we act generously in front of children they will learn how to give more freely.

Recently a beautiful study in PLOS ONE conducted at Yale illuminated the complexity and the maturity of our young children when it comes to giving. It made me realize we may have to be more deliberate and outspoken about how and why we give. Social conditions matter when it comes to generosity and this isn’t just true of adults. “Human adults are unique in that they perform what appears to be an inordinate amount of generous behavior,” the study begins. Voluntary sharing really does begin as early as 2 years of age even when “resources are easily monopolizable.” Why do children give so early and demonstrate these prosocial acts?

Researchers sought to understand how what image a child presents to others influences how much and why they give generously. Basically, they wanted to know if young children where motivated by what others thought about them when it came to their generosity. The stated that although “evidence strongly suggests that children’s behavior is generally influenced by a desire to make a good impression in the eyes of others, no research to date has systematically addressed the role that audience and transparency cues play in mediating children’s prosocial tendencies.”

Children are more generous when others are aware of their actions

The take home point for me from the study is that at a very early age, children are learning how to position themselves socially. Well before they have a handle on the sociology of their networks and what social reputation really means (normally around age 8), they think strategically about giving as a function of how they can gain a reputation with a peer as a generous citizen or prosocial agent when the recipient observes them.

How to foster generosity at an early age?

Physicians can be better doctors by being patients

How drugs are promoted isn't a freedom of speech issue 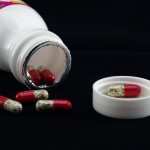 How to foster generosity at an early age
1 comments