The other day I landed on the website of 23andMe. To my surprise, I learned that if I wanted to send the company a sample of my DNA, I’d have to swear under penalty of law neither to  collect my  sample nor mail it from New York State. That’s because New York State requires a laboratory license and direct interaction with a physician for mail order DNA testing.

New York, it turns out, is not alone in its objection to direct to consumer (DTC) genetic testing. In 2010 the FDA sent several DTC genetic testing companies letters that begin “It has come to our attention…”; (entertainingly, these are called IHCTOA letters). In the letters the FDA asserted that the company’s tests are medical devices requiring pre-market clearance from FDA. In response, a number of companies simply decided to drop medical testing from their business.  Still, a few stalwarts like 23andMe have not backed down on offering medically relevant tests.

So in NY, if you want to get genetic testing done legally, you’ll need to talk with your physician, get a prescription for a specific test, and have the results documented in your medical record. You’ll get the benefit of counseling, and others may get the benefit of knowing as much about you as you do.

Or you can  buy a 23andMe kit online,  stop off in New Jersey some evening, complete the  “spit kit”, and pop your saliva sample in the mail while over  the border. Or you can just say you’ve done this, because there is no way New York can determine where you spat into the kit.

Despite New York’s regulatory concerns, it remains absurdly easy even for New Yorkers to get DTC DNA testing. And whether this is a good idea or not, the genie is out of the bottle. The FDA may try to put it back, but it’s hard to see how they can succeed.

Regulators are concerned in part because the impact of genetic testing varies widely. One person might learn of a modest increase in susceptibility to a disease they don’t yet have. Francis Collins, the Director of the NIH, had his genome tested and found a genetic susceptibility to diabetes.  Collins’ genetic information had the happy effect of motivating him to lose the weight his doctor had been urging him to lose for years – because it put him at risk for diabetes.  The test didn’t really tell him anything new, so much as it got him to act on information he already had.

But not all genetic tests go to such a well-informed consumer, and not all produce such benign effects.  DTC testing companies don’t require proof of age or any contact with a doctor or counselor, so a bright middle schooler could have his or her entire genome tested.  Some might learn bad news without support from parents, physicians, or anyone else.  Learning that one is a carrier for Huntington’s Disease or breast cancer is a substantial burden for a person, particularly a young one, to face alone.  DTC testing permits vulnerable people to head off on their own into the wilds of personal medical information. There is no safety net in place when that information is devastating.

It is unclear whether  (leave in “such”) companies will continue to be able to offer DTC clinical genetics tests. A 2011 FDA panel recommended against the availability of clinical genetic tests without a prescription, though this recommendation has yet to be acted upon.

So, given these risks, why wouldn’t everyone get their genetic testing done in consultation with a physician? For one thing, not all DNA testing pertains to health. People out there are trying to find out if their sister is a whole or half sister, or if the stranger they met today is really a sibling sent out for adoption decades ago.  A doctor could help you with these questions, but they are not medical questions per se.

The key argument put forward on behalf of DTC genetic testing is one of empowerment. You, not your doctor, will own your data, and you will decide what to do about it and with whom to share it. Though federal legislation prevents employers or health insurance companies from discriminating on the basis of genetic disease, that information may still be used against you in determining access to long term care and life insurance.  If the information is not in your health record, then no one can use it to discriminate.  Some consumers are deciding that the best way to keep a secret about their genetic results is to tell no one.

The appeal of “owning your own data” is powerful.  From an ethics point of view, the argument can be framed as patient autonomy versus paternalism. When arguments take this form, autonomy usually wins.  There may come a cry for better informed consent, but it’s unlikely that the need to shield consumers from their own information is a winning argument in 2012. The message here is that the combination of DTC testing and the internet means that doctors are no longer a necessary link in the chain of medical information.

Once, people had to access journals in a specialized medical library to learn about a disease. Now anyone with internet access can read the latest scientific information, though that doesn’t mean they’ll draw appropriate conclusions. In the brave new world of medicine, doctors will counsel and educate patients, but ultimately, health information will not be in our control. 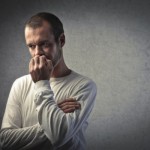 HIV screening and the USPSTF: Better late than never