I recently attended Primary Care Progress’s Gregg Stracks Leadership Summit. The summit brought together chapter leaders from around the country to get coaching in how to lead our chapters to accomplish our individual goals.

But amidst the initial excitement and bustle of registering and sharing greetings with strangers, when I put on my name tag, I noted that it clearly identified me as part of an under-funded school of an under-respected profession: nursing. I recognized myself as part of a minority of non-medical students, and, despite what I knew about PCP, I wondered if I would be taken as seriously as my new weekend peers. Would medical students, residents, and doctors be as interested in networking or even just talking with a nurse?
I realized that I had internalized the historic tension between nurses and doctors and between nurses and nurses, and it occurred to me that this tension could be a possible barrier to PCP’s efforts to engage more nurses in its work.

I am more of an anthropologist than a nurse or nursing student in my comments here. And I am neither the first to make this observation nor am in any way qualified to unpack the many layers of history that have colluded to keep these two groups at odds. Still, these tensions are worth bringing out in the open if the efforts of those of us involved in PCP are going to include a space for those who are not doctors or doctors in training, and in so doing, bring different perspectives and a history of (dis)empowerment to navigating the problems in health care.

Before I decided to go into health care, an oncologist friend cautioned me against nursing. “Do you want an M.D. or an N.P. after your name?” she asked. She warned me both as a woman from another generation and also as a clinician who greatly valued the power she saw as intrinsic to becoming an M.D. I believe many who choose medicine share my friend’s value, but ultimately I entered nursing because as a non-traditional student, I wanted to gain clinical skills and experience as quickly as possible.

I was both haunted by and propelled towards health care by experiences I had while working as an English-Swahili interpreter for a group of American doctors and nurses in Tanzania. There, I saw the harm that can come from efforts “to do good” through the stasis of hierarchy and at the exclusion of others. In one typical clinic, a nurse stood before a long line of Masaai tribal members seeking care outside of the handmade community structure that they had built years ago, hand prints baked into the clay walls. The doctor and resident sat within the cool spacious building and saw one patient at a time, while the nurse worked outside, assessing vital signs and watching as people, weary from many miles of travel under the hot sun, grew frustrated with such a slow and inefficient use of space and personnel. The doctors had essentially recreated the design of their offices back in the U.S. and, like they may have done back home, greatly underutilized the expertise of the nurse.

In the end, the clinic ended abruptly, as the numbers of hot and tired patients kept growing and reached a crescendo when a doctor slammed a young man’s hand in the car door while trying to leave the site in haste.  Although the nurse commented throughout each and every clinic about other (perhaps better) ways to utilize space, provide care, or understand a given  problem, she rarely spoke up to express her views to the doctors. I can only assume she felt she would not be listened to or respected.  In part through this experience, I saw nursing as an opportunity to be of use to another human being in some of the most concrete ways possible. After all, the nurse was outside with the patients all day; few saw the doctor. We see in the U.S. health care system as well that nurses (and CNAs) are more often able to be at the bedside when it matters, addressing our most basic human needs. The work can be as humble as assessing a patient’s urinary or fecal output, or as profound as attending to someone in their final hours of life.

I knew little of the deep professional rift between nursing and medicine, and I knew even less about the complex way in which this legacy has impacted not only the way doctors and nurses work together, but also how nurses treat one another and undervalue themselves. Nurses are notorious for “eating their young,” and will not only often ignore their own needs but they also have an unfortunate legacy of hazing new nurses in ways that emphasize a culture of workaholism, co-dependency, and fear. In most clinical settings, doctors’ and nurses’ worlds are so deeply divided despite their interdependence. Even socially these divisions are maintained by many in choices as simple as with whom to sit at dinner.

You can imagine my relief at the summit when, during our first break-out group, I met a young med student who introduced himself by way of a story of meeting an RN at a homeless shelter and expressed his humility and respect for the clinical knowledge she had. This was one of many experiences during the weekend that opened me to the possibility that the hot buzzword of inter-professionalism is actually a living force and exists in genuine collaboration and creative exchange between diverse constituents.

The weekend helped me to step outside the isolation of my education program and of my future career path. The patterns of division and reactivity that have kept students and practitioners of medicine and nursing separate seemed absolved for a few days. Learning of new generations of programs that truly foster collaboration between health care trainees was radical and nourishing.

There is no need to reiterate the fact that our current primary care system in the United States needs a thorough overhaul. We all have stories and evidence of this need. I was heartened, however, to see that PCP chapter members I met at the summit seem to value the inter-professional matrix that primary care requires to survive this difficult time. It is my hope that all PCP members reflect that value. And I hope they do so without becoming lost in a quest for power that is equivalent to their peers in sub-specialties, but rather begin to assert an entirely new value system. As we begin our work to recreate health care delivery in the United States, it is not only good practice to bring all health care professionals to this drawing board, it is essential if we are to catalyze a new story of primary care.
Alana Rose is a family nurse practitioner who blogs at Primary Care Progress.

Predicting the next 4 years of health reform 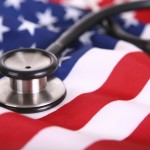 What doctors can learn from working at Starbucks 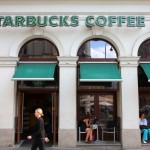 The deep professional rift between nursing and medicine
13 comments