I recently said I would describe the essential elements of “true reform.” I realize others might add or subtract from my list, but here it is – at least for today:

Payment reform. I put this first because no matter what form or structure healthcare takes, without payment reform it will be doomed to failure. And by “payment reform” I mean switching from the “fee for service” model I discussed in an earlier column – which basically pays more for doing more whether or not it is needed – to some kind of “outcomes” payment system.

There are many “outcomes” payment ideas – bundling, global, etc. – but they are all designed in theory to force providers to live within a certain budget for a given patient. Obviously, this is a huge culture change and will require many years – and many mistakes – to figure out.

But I think it is probably the most essential ingredient of true reform. (I would also include malpractice reform in this category; by switching to a no-fault system we would remove a large incentive to do unnecessary testing and treating.)

Electronic records. While I recognize there are many issues (privacy, compatibility, etc.) to be yet worked out before electronic records can become near universal in our hospital and personal healthcare, I believe it will be impossible to intelligently cut costs and improve safety without them. Imagine, again, the U.S. commercial airline industry in this country without computers able to “talk to each other” with the same language no matter the location.

Comparability data. And once such a computer system is widely in place, we can start making better use of “outcomes” data – i.e., data from studies that tell us what works best at the lowest cost.

Another name for this would be “cost effectiveness” data but those two words strike fear – understandably – in the hearts of doctors and patients who assume that means choosing the cheapest option regardless of quality concerns.

Right now there is a paucity of such data – in part because the “medical industrial complex” has often fought true comparison studies. But the need for such data will only grow as cost issues become paramount.

Primary care. Ultimately, all of the above will only work well in the setting of good primary care – meaning a place and professionals readily available, at least by phone, when a person thinks they (or a member of their family) might be sick.

The phrase so often used to describe this “place” today is “the medical home.” Obviously a “medical home” – like any home – can physically exist in many different kinds of settings ranging from a traditional office to a clinic to a setting in a hospital.

But the key ingredients of such a home, in my judgment, are the traditional three A’s: availability, affability, and affordability.

Timothy Johnson trained as an emergency room physician but switched careers in 1984 when he joined ABC News as its first full time Medical Editor. Although he retired from that role in 2010, he continues as Senior Medical Contributor.  He blogs at Timothy Johnson, MD: On Health. 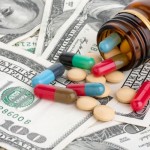 MKSAP: 42-year-old with pain and swelling of the knee 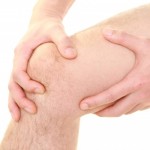