Hospital inspections conducted by state departments of health detail such things as patient complaints, how well a hospital complies with health and safety standards, infection control, and if they follow state and federal rules for record keeping and giving medicines. That’s important stuff for patients to know, but good luck getting your hands on that information.

Some states make hospital inspection reports available online, but many do not. “It’s up to each state to decide. There are no requirements and no standards,” says Charles Ornstein, president of the Association of Health Care Journalists, which has been working to make the reports more accessible.

States conduct similar inspections of nursing homes and issue what are called deficiencies and citations for poor care. But unlike hospitals, federal law requires that nursing facilities post their latest survey reports, which is a big help to families.

The survey information for nursing homes is some of the best consumer information around, and if patients could see similar reports for hospitals, they’d learn a lot more from them than, say, patient satisfaction scores. Learning that state regulators have dinged a hospital for not administering medicines correctly or screwing up on a blood transfusion may mean something.

I have been on a quest to find the best hospital for my upcoming cataract surgery, and so far my search for helpful quality information on New York City hospitals has come up short. In fact, my investigation has turned up a lot of holes in the arguments for marketplace magic. So I hoped that the hospital inspection information provided by the New York Department of Health website might fill in some gaps.

Manhattan Eye & Ear Hospital, one of the four I was considering, was not listed among the 20 hospitals for which the health department had data about deficiencies, complaints and enforcement actions. So I zoomed in on the other three — Lenox Hill, New York Eye and Ear, and New York Presbyterian — where I finally got some useful information. The health department had cited all three hospitals for various deficiencies between January 2005 and September 2011. The data were not up to date, but still they offered some clues.

The health department listed only six citations for New York Eye and Ear over that period, and there had been no enforcement actions. Half the citations dealt with patients rights; the rest did not jump out as catastrophic issues. There were 11 complaints reviewed with four resulting in deficiency citations.

It was a different story for the other two facilities. Lenox Hill had a long list of citations touching on infection control, anesthesia services, operating room policies, emergency services, surgical services, medical records, nuclear medicine services, and food and dietetic services — issues that could impact patient care even for eye surgery. There had been no enforcement actions, but the state reviewed 155 complaints with 57 resulting in citations — a higher percentage than the statewide average.

Regulators cited New York Presbyterian for some of the same problems. This report also showed that in the early 2000s the state fined the hospital for repeatedly violating regulations for the number of hours residents could work. That was somewhat alarming since the hospital was involved in a high-profile case years earlier that centered on the same problem and resulted in changes to hospital practice. What could patients expect now? Was the hospital still overworking its residents?

To actually evaluate what the citations mean, a patient would need to examine the complete survey report, which offers the details that led to the citations. It’s the nitty-gritty of what’s wrong that makes the health department citations for nursing homes so useful to consumers. To get to detailed hospital inspection reports, though, someone would have to file a Freedom of Information Law request with the state. That sometimes takes six months or more. It’s doubtful many consumers will do that, especially if they needed surgery soon.

My last stop was the website for the Joint Commission, a private group that inspects and accredits hospitals. I knew that wouldn’t be fruitful because the group has taken a very hard line when it comes to releasing any data about their inspections. “They don’t think the public is equipped to understand these reports and that hospitals would be reluctant to report bad events (if they knew the public would get them),” said Ornstein.

The Joint Commission, though, has just released its latest list of hospitals that are top performers on various quality measures, some of the same ones other ratings outfits use. Alas, my four hospitals weren’t on the list.

Trudy Lieberman is a journalist and an adjunct associate professor of public health at Hunter College in New York City. She blogs regularly on the Prepared Patient Forum.

Reasons why doctors overtreat and overtest

An unexpected tip after treating a gang member in the ER 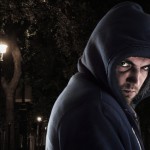