I once thought that only the federal government in Washington could effect changes that would impact the cost of health care in the United States, especially with so much attention on the recent Supreme Court decision on the 2010 health care reform law. But now I think differently.

Now I believe that emboldened employers in places like Memphis can use their clout. They can influence insurers and work directly with doctors and hospitals to change how health care is delivered and paid for. The end result of such teamwork would be lower health insurance premiums for the businesses’ employees and an overall reduction in the cost of locally provided health care services.

A number of successful programs across the country are showing that this strategy works.

Such a shakeup of the health care industry is critical because American businesses are choking on the rising cost of health care, and Memphis employers are no exception. FedEx, for example, spends more on health care for its employees than it does on gasoline, diesel and jet fuel combined. Even Methodist Healthcare, the second-largest private employer and one of the largest providers of health care in Memphis, struggles to keep health premiums as low as possible for its employees.

The key to success for employers striving to manage health care costs is to rethink how they engage the doctors and hospitals that care for the company’s employees — by treating them not just as providers of a service but as vendors who must meet cost and quality standards.

In 2009, aerospace giant Boeing Company and Virginia Mason Health System completed a two-year pilot program in Seattle for 750 Boeing employees who had significant chronic illnesses such as heart disease or diabetes. Boeing paid doctors and hospitals an extra monthly fee for actively managing the patients’ health, in addition to paying for the usual care. In the end, just by changing the way providers were paid, Boeing realized better quality of care for its employees with 20 percent less expense, when compared with the health care costs of other patients who had similar illnesses. The savings came in part from a reduction in hospital admissions and emergency room visits by the patients in Boeing’s program.

In other places, it is not businesses but state government that is putting pressure on providers to change. Two years ago, Massachusetts Gov. Deval Patrick refused to let insurance companies that covered small businesses raise premiums by 8 percent to 32 percent. This cap on premiums angered insurance companies, doctors and hospitals, but it also arm-twisted them to align and alter the way they delivered care. Instead of fragmented care through visits to individual doctors’ offices and hospitals, the physicians and hospitals joined to form “medical homes” and accountable care organizations (ACOs).

A medical home is a doctor’s office that provides coordinated and efficient services, meeting a set of quality standards, in return for a fixed fee from their patients’ insurers.

ACOs are physician-hospital collaboratives that receive a fixed payment for each patient and are responsible for providing all services for that patient over a designated period. The fee takes into account the expected cost of caring for the patient. If the overall cost of care is more than expected, the profit the doctor and hospital receive is reduced; if they provide care at a lower-than-expected cost, their profits are greater.

With “skin in the game,” providers align to provide cost-efficient care, unlike the current fee-for-service payment system in which doctors and hospitals have no incentive to decrease the cost of care; in fact, they are financially rewarded for providing more — and sometimes unnecessary — services.

In Memphis, Health Choice, a Methodist hospital and physician partnership, is piloting with Cigna insurance company a medical home model like the one in Massachusetts. George Mayzell, the CEO of Health Choice, tells me that since last year they have enrolled 29 physicians who cover about 20,000 individuals who work for a variety of employers. Whatever savings in health care costs result, when compared with market trends, will be shared between the employer and the doctors. If there are losses, however, the doctors will not be on the hook for the additional costs. Insulating doctors from potential losses was the only way to get them to participate in the program, Mayzell said. “We will have preliminary data within 60 days.”

When people hear the acronym ACO, they may think of the era of health maintenance organizations (HMOs) in the 1980s, when fixed payments and financial incentives led providers to cut corners and provide substandard care. But ACOs and medical home models are significantly different.

“Today we have better safeguards,” Mayzell tells me. “Health Choice medical home model has over 60 quality parameters” monitored by the insurance company.

Because employers pay much of the cost of health care, they have the clout to insist on an ACO or medical home approach to care for their employees, especially those with a chronic illness.

So why don’t more employers in Memphis cap their health expenditures and go to a fixed-payment model using medical homes and ACOs?

An executive with one large employer told me that businesses are scared: They don’t know which medical services are necessary and which are unnecessary — and they don’t want to be the bad guy who denies health care to his employees.

To overcome this insecurity, one employer, Eastman Chemicals in Kingsport, Tenn., took the unprecedented step in 2009 of calling its hospitals and doctors together to tell them about the crushing impact health care costs were having on Eastman’s business. They collaboratively developed an action plan to reduce the cost of care.

“The doctors seem to listen when the employer approaches them directly,” said Robert McLaughlin, the medical director of Cigna, which administers Eastman’s health care program. “And the plan seems to be working in reducing the cost of care.”

“Employers need to be bold,” said Cristie Travis, CEO of Memphis Business Group on Health. I agree. I don’t think employers realize how much influence they have as the payers.

If employers — particularly large employers like FedEx, Methodist Healthcare and International Paper — treated hospitals and doctors much like another vendor, such as a company that sells them jet fuel or paper pulp, we providers would be more receptive to the cost implications of our day-to-day decisions.

“Can we do this in Memphis?” I asked Gary Shorb, CEO of Methodist Healthcare, which is both a large employer and a provider of care.

“We would be open to such models for cost containment, if the business community and the insurance carriers approached us,” he said.

Representatives of several insurance companies I talked to said they too would be willing to work on models for coordinated care.

But when I spoke with about half a dozen local doctors, they all seemed more reluctant.

“I am unwilling to take any downside risk,” said Magdi Wassif, a primary care doctor in Southaven. “Why should I? It is simple supply and demand economics. Primary care doctors are in short supply.”

However, if all employers and commercial insurers chose to adopt fixed-payment models for care, “then we would do it,” Wassif said. “We would have no choice.”

Bringing the doctors, hospitals and insurance companies together for a meeting is a monumental task — given that any change from the status quo could be financially detrimental to them all. Yet one mechanism already exists in Memphis that could help bring about the type of changes that are showing promise in other parts of the country. The Healthy Shelby coalition launched earlier this year by county Mayor Mark Luttrell is led by Memphis Tomorrow, an organization of the CEOs of the city’s largest employers.

Healthy Shelby could focus on two measures — employee health insurance premiums and employer outlay for the cost of care — and encourage employers to keep them fixed at a benchmark level. To meet this goal, employers would insist that insurance companies, hospitals and doctors figure out ways to readjust the delivery system of care without compromising quality — whether it be through a medical home, an ACO or some other vehicle.

I am confident that we can stabilize or reduce the cost of care without adversely affecting quality. Studies show that nearly 30 percent of Americans’ health care expenditures are unnecessary. And communities in many parts of the country have successfully lowered their cost of care.

Reasonably priced, high-quality health care would make Memphis one of the most attractive places in which to start or retain a business. Businesses can take action now to begin engaging insurance carriers, doctors and hospitals. If we wait for government to reduce the cost of health care it could take a decade or more — if we’re lucky.

There is a lot at stake. Victor Fuchs, an economics professor at Stanford University who specializes in health policy, said in a recent piece in The New York Times: “If we solve our health care spending problem, practically all of our fiscal problems go away.”

And if we don’t? “Then almost anything else we do will not solve our fiscal problems.”

Manoj Jain is an infectious disease physician and contributor to the Washington Post and The Commercial Appeal, where this post originally appeared.  He can be reached at his self-titled site, Dr. Manoj Jain.

What EMRs are doing to our notes, and our brains

Viagra for women: Prescribe 50 Shades of Grey to your female patients 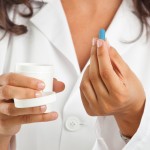