Last week, I tried something new with our residents. We tried to talk about why physicians overuse tests.   This is the topic of the moment, as the American College of Physicians (ACP) just dropped their long-awaited new High Value Cost Conscious Curriculum for what has now been dubbed the “7th competency” for physicians-in-training.

In addition to the ACP curriculum, which I served as one of the reviewers for, I also am involved with another project led by Costs of Care to use video vignettes to illustrate teaching points to physicians-in-training called the Teaching Value Project.  With funding by the ABIM Foundation , we have been able to develop and pilot a video vignette that that depicts the main reasons why physicians overuse tests.

The discussion was great and the residents certainly picked up on the cues in the video such as duplicative ordering, and that the cost of tests are nebulous to begin with.  But, before I could rejoice about the teaching moments and reflection inspired by the video, I must admit that I felt like Pandora opening the dreaded Box.   Many of the questions and points raised by the residents highlight the difficulty in assuming that teaching doctors about cost-conscious care will translate into lower costs and higher quality.

1. What about malpractice?  One of our residents mentioned that really the problem is malpractice and that test overuse was often a problem due to the “CYA” attitude that physicians have to adopt to avoid malpractice.   It is true that states with higher malpractice premiums spend more on care.  However, this difference is small and does not fully explain rising healthcare costs.  More interestingly, the fear of being sued is often more powerful than the actual risk of beingsued.  For example, doctors’ reported worries about malpractice vary little across states, even though malpractice laws vary by state.

2. What about patients who demand testing? Another resident highlighted that even with training, it was often that patients did not feel like anything was done until a test was ordered.  Watchful waiting is sometimes such an unsatisfying ‘treatment’ plan.  As a result, residents reported ordering tests so that patients would feel like they did something.  In some cases, patients did not even believe that a clinical history and exam couldlead to a “diagnosis” – as one resident reported a patient asked of them incredulously, “well how do you know without doing the imaging test?”

3. What can we do when the attending wants us to order tests? All of the residents nodded their head in agreement that they have had to order a test that they did not think was indicated, because the attending wanted to be thorough and make sure there was nothing wrong.  I find this interesting, since as an attending, you are often making decisions based on the information you are given from the resident – so could it be that more information or greater supervision would  solve this problem?  Or is it that attendings are hard wired to ask for everything since they never thought about cost?

4. Whose money is it anyway that we are saving?  This is really the question that was on everyone’s mind.  Is it the patient’s money?  After all, if a patient is insured, it is easy to say that it’s not saving their money because insurance will pay.   Well, what about things that aren’t even reimbursed well? Doesn’t the hospital pay then?  Finally, a voice in the corner said it is society that pays – and that is hard to get your head around initially, but it is true.  Increased costs of care are eventually passed down to everyone – for example, patients will be charged higher premiums from their insurance companies who are paying out more.  Hospitals will charge more money to those that can pay to recover any losses.

5. Will education really change anything?  So, this is my question that I am actually asking myself at the end of this exercise. Education by itself is often considered a weak intervention, and it is often the support of the culture or the learning climate that the education is embedded in.  The hidden curriculum is indeed powerful, and it would be a mistake to think that education will result in practice change if the system is designed to lead to overordering tests.  As quality improvement guru and Dartmouth professor Paul Batalden has said (or at least that’s who this quote is often attributed to when its not attributed to Don Berwick), “Every system is perfectly designed to achieve the results it gets.”  Therefore, understanding what characteristics of systems promote cost conscious care is a critical step.

However,  before we dismiss education altogether from our toolbox, it is important to note that education is necessary to raise awareness for the need to change.  And in the words of notable educational psychologist Robert Gagne, the first step in creating a learning moment is getting attention.  And, by that measure, this exercise was successful – it certainly did get attention.  Yet, it also did something else.  It created the tension for change, a necessary prerequisite for improvement.  It  certainly cultivated a desire to learn more about how to achieve this change, which is what our team is currently working towards with the Teaching Value Project.    So while learning why tests are overused is a first step.  Judging by Pandora’s box, it is certainly not the last.

I am a physician and guns are a disease 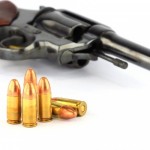 Is the death of Rory Staunton really the result of a simple mistake?

Teaching the cost of tests in medical education
6 comments