“What would you do if you were your doctor?” Mary asked me. Mary is my physical therapist and she was trying to figure out why the rehab after my shoulder surgery was progressing so slowly. A month after my operation I was still in pain and still not moving the joint well.

Without hesitation I replied: “I’d come up with a differential diagnosis.”

Differential diagnosis is a two word summary of how doctors think. It’s been taught for centuries and it becomes second nature to anyone who’s practiced clinical medicine.

Here’s how it works: First, you consider the patient: their gender, age, occupation, habits, hobbies, medical and family history, social situation, etc. Next, you consider the patient’s symptoms: their quality, how long they’ve been present, what makes them better or worse, etc. Finally you take into account the general environment–the season, high incidence of certain diseases in the population, etc.

Now you’re ready to generate a list of possible explanations for this particular patient’s symptoms–that’s called the differential diagnosis.

It’s like rounding up suspects in a crime investigation, with the doctor playing the role of detective. It’s no coincidence that there have been many physician crime solvers, from Sherlock Holmes’s sidekick Dr. Watson to that old TV gem, Quincy,M.E. (Remember? Jack Klugman, after he stopped being Oscar, Felix’s messy roommate?)

And for years, Berton Roueche wrote essays for The New Yorker in which physicians solved mysterious cases and which he compiled in a wonderful book called The Medical Detectives.

So, getting back to my own case…here are the “suspects” I considered:

1. There was some complication of the surgery, an infection or an anatomical misalignment. Infection seemed unlikely without fever or redness, and since I was making some progress, a major anatomical defect also seemed unlikely.

2. I had some other cause for shoulder pain besides the surgery. This would be a coincidence, and would defy the principle of Occam’s Razor, often invoked in medical mystery solving. Occam’s Razor, attributed to 14th century Franciscan friar William of Occam, states that the most likely explanation for a phenomenon is the simplest and most economical. In other words, if you’ve just been punched in the stomach, it’s unlikely that your belly hurts because you have appendicitis.

But you never know, and physicians must always be on the alert for the possibility that a patient has two or more problems at once. The older the patient is, the more likely that is to be true. And, in fact, Mary and I figured out that at least some of my lingering pain was caused by an old neck problem, exacerbated during my awkward positioning during surgery.

3. I had some reason, conscious or unconscious, for not wanting to recover. Hmmm. But I was bored and restless and dying to get back to work, so that didn’t seem plausible. In fact, I kept quoting Tina Fey, who said when she was out on maternity leave that she knew it was time to go back to work when “… you’re like, ‘Oh, I’ve seen this ‘Cake Boss.'”

Okay, then. So what if you’ve considered all the possibilities and none seems to be the culprit? A police detective would go back to the drawing board, sometimes for years, opening and re-opening a cold case. A medical detective might do this too, especially if the patient’s condition was worsening.

But sometimes the best thing for a medical detective to do is … wait. The patient may get better on his or her own, or they may develop some new symptom that serves as a helpful clue to the diagnosis.

In my own case, Mary and I concluded that my progress was slow because … it was slow. Gradually, I started to get better, even if not on the standard timetable.

As I like to remind medical students: patients aren’t obligated to act according to what it says in our textbooks.

Patient care suffers when nurses are overloaded with work 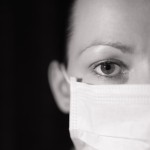 Doctors in no win situations: Damned if you do or don't

How to think like a doctor: Start with differential diagnosis
2 comments