A silent pattern of discrimination persists today in healthcare institutions in the United States, according to a number of hepatitis B experts and advocates. A number of doctors have been recently dismissed or threatened with dismissal when they were discovered to carry the hepatitis B virus (HBV). Infected medical and dental students have had their acceptances deferred or rescinded altogether. These are nefarious instances of defensive medicine, based on an exaggerated perception of the liability risk of a provider/student with hepatitis B.

For two decades, the official word from the CDC has been that HBV (as well as HIV) infection alone should not disqualify people from practicing or studying in patient care fields. After all, not all providers perform exposure-prone procedures. For those who do, increasingly available HBV viral load testing can determine who has low infectivity. Infection control procedures, safety devices, pre-exposure vaccination, and post-exposure prophylaxis have improved to reduce transmission risk even further. Thus, patients face no significant risk when HBV-infected providers receive reasonable accommodations. In the US since 1994, only one cluster of provider-to-patient HBV transmission has been detected, and no cases of student-to-patient transmission have ever been reported.

These improvements in the hepatitis B risk profile and the distressing reports of ongoing discrimination finally compelled the CDC to furnish updated guidelines, which came out last week. The recommendations are more explicit than ever about what constitute safe practice criteria. Most HBV-infected providers and students, the CDC affirms, should not have any restrictions on their practice or training programs. Students should no longer be shut out and denied their dreams unnecessarily.

Work to eliminate discrimination against HBV-infected healthcare workers and trainees will run counter to two decades of litigation pushing the other way. When it comes to doctors who have bloodborne pathogens, courts have not been sympathetic. After the first round of CDC guidelines, during the hysteria of the ‘90s, a series of disability cases and torts involving HIV-infected healthcare workers established disturbing precedents. Cases against Washington University, MD Anderson, University of Maryland, among others made clear that it was legally permissible for institutions to dismiss HIV-infected health students, residents, technicians, and attending surgeons from patient-care responsibilities even though, courts conceded, the risk to patients was “small” and “minimal,” to the order of 2.4 to 24 transmissions per million procedures.

In Faya v Almaraz, a patient who underwent an operation by an HIV-positive surgical oncologist won damages just for the emotional distress incurred while waiting for the HIV test. The patient did not contract HIV, but both the surgeon and his vicariously liable employer, Johns Hopkins, had to pay up anyway.

A successful legal challenge in this area of civil rights law may be necessary to give some institutional administrators the confidence to adopt non-discriminatory policies supported by the latest data and standards. The new, clearer and more progressive CDC recommendations will facilitate such a step forward. But one hopes for the sake of the profession that healthcare leaders today can have the courage to base decisions on scientific evidence and relevant expertise rather than on a fear of liability and bad publicity.

Francis Deng is a medical student and former co-chair of Team HBV, the largest network of students working to fight hepatitis B and liver cancer. He blogs at Anastomosed.

Doctors experience trauma to their hearts and stress to their souls 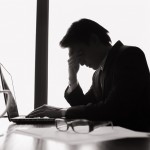 Discrimination against providers and students with hepatitis B
5 comments