The New Yorker’s Dr. Atul Gawande outlined how, at the turn of the 20th century, more than forty per cent of household income went to paying for food and food production consumed nearly half the workforce. Beginning in Texas, a wide array of new methods of food production were piloted. Today, food accounts for 8% of household budgets and 2% of the workforce. As a wide array of small innovations ultimately led to the transformation of farming, so too is a rapidly building wave of innovative new care and payment models leading to similar breakthroughs in healthcare. I call this Nimble Medicine.

Traditionally, attempting a new care or payment model meant long planning and development cycles. The cost and complexity of testing new models prevented many from being tried. Even today, the leading Health IT vendor is known to charge $100 million and up for its software. Amazingly, they require three months of training before they let people use the software.  This is a vestige of the “do more, bill more” model of reimbursement particularly given that healthcare is a supply-driven market (e.g., MDs who own a stake in imaging equipment order scans at three times the rate of MDs who don’t). Spending nine figures doesn’t sound as bad when you have capital projects planned in excess of $1 billion. Perhaps we should refer to the legacy model as the “build more, do more, bill more” model. Any health analyst will tell you that the cure for healthcare’s hyperinflation is NOT building more healthcare facilities. It’s as if a fire department argued that the way to solve a wave of structural fires was to buy more fire fighting equipment. Yes, that might help, however there’s a much more cost-effective approach such as having buildings inspected for fire prevention capabilities.

In their book, The Innovator’s Prescription, Dr. Jason Hwang and Clayton Christensen point out how applying technology into old business models has only raised costs. 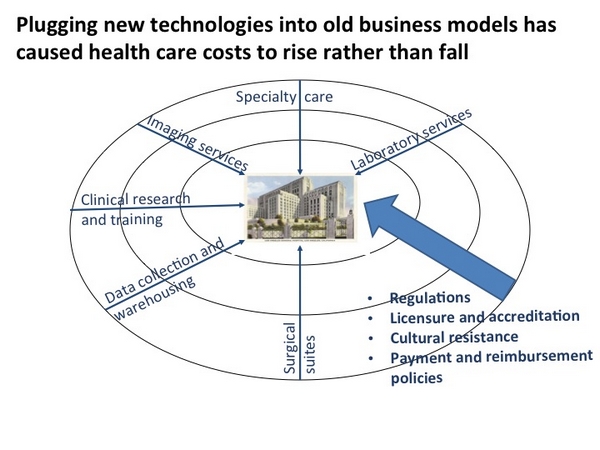 Images are courtesy of Jason Hwang, M.D., M.B.A.  Executive Director, Healthcare of the Innosight Institute and co-author of The Innovator’s Prescription.

In contrast, disruptive innovators are rethinking care delivery and payment models from the ground up. Their results have been impressive. For example, one has measured their Net Promoter Scores and they are higher than Google or Apple, while reducing the direct costs of healthcare (i.e., their service coupled with a high deductible wrap-around policy) 20-40%. More impressively, they have reduced the most expensive downstream costs (surgical, specialist and emergency visits) 40-80%. Another already has 500,000 members and has more 5-star reviews on CitySearch than any other organization in the country.

The next wave of disruptive innovators are taking advantage of second-mover advantage as the wave of healthtech startups provide them off-the-shelf software that is an order of magnitude less investment than the first wave of innovators. It’s a couple orders of magnitude less expensive than legacy Health IT. More importantly for the innovators is the speed that they can not only stand up the new technology but also easily iterate based on real world experience. Rather than months or years, it’s hours or days. This is a key component of Nimble Medicine.

For those of us in the technology industry, there’s striking parallels with what has happened in technology where centralization was followed by decentralization. For providers, lessons can be drawn regarding how some organizations were able to make the transition from one generation to the next while many others faded from the landscape. The graphic below depicts the transition from the slide rule to the mainframe and then back out to mobile devices. 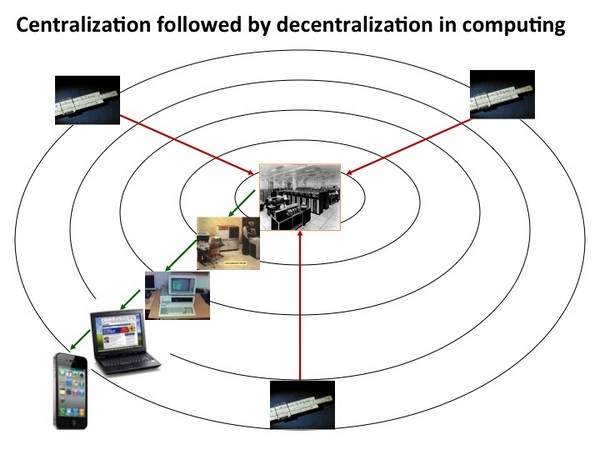 In an earlier piece (Healthcare Field of Dreams In Idaho: Health System Opens Innovation Center), I highlighted an innovation group that is building the next “hospital” – a hospital without walls. Unlike a massive capital project necessary to build a traditional hospital, I expect that new “wings” of the virtual hospital will get built via a series of smaller projects. They have hired entrepreneurial people to bring the agility necessary in this new approach. This is a great example of Nimble Medicine. 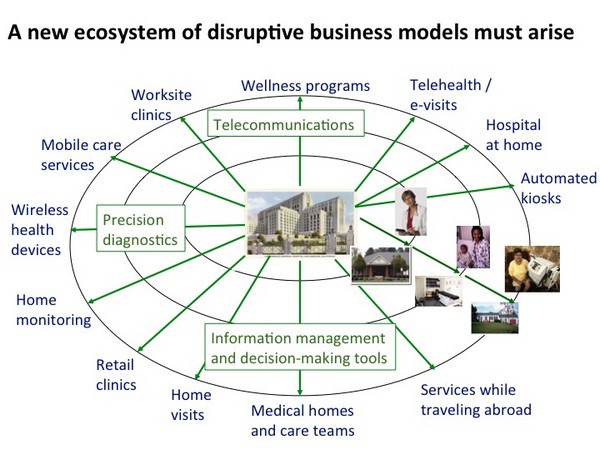 Dave Chase is CEO of Avado.com, a Patient Relationship Management software company, previously founded Microsoft’s Health business and was a consultant with Accenture’s Healthcare Practice.  He can be found on Twitter @chasedave.

AMA: Delaying the implementation of ICD-10 is a win for doctors