When I was in medical school, we had a class on health economics taught by William Kissick. I didn’t pay as close attention as I should have (especially given what I do now). But I remember one thing he stressed. It involved the iron triangle of health care.

Make no mistake about it. The PPACA is about access. It is about getting more people into the health care system. And it does obey the iron triangle. Regardless of the rhetoric you’ve heard, it does cost a lot of money: $938 billion over a decade, to be exact. Yes, there are new taxes and spending cuts to cover those costs, but they do exist. No one covered millions more people for free.

I teach a class to first year medical students now on health policy and economics. When I talk about this, I always say that anyone who promises you that they can make the health care system cover more people, save money, and maintain or increase quality is lying or a politician.

I bring this up because as the Republicans in Congress start to bring together alternative health care plans, a way to gauge their seriousness is by how much they ignore the iron triangle. If they want to cut costs, that’s fine, but if they propose to do it without decreasing access or decreasing quality? Forget it. The way many other systems cost less than ours is to make sacrifices.  Some may not view the changes as sacrifices (see single-payer supporters), but believe me, others do.

Alternative plans can point to tort reform, or waste and abuse, but these are more complicated than you think and nowhere near the cost savings that are needed.

Say what you will about the PPACA, but the fact that it had to be written and scored forced it to be real.  The goal was to cover more of the uninsured.  To do so will require upwards of a trillion dollars over the next 10 years.  I think there were more efficient ways to do it, but I still think it’s worth the cost.

I tell my students that the health care systems of France, the UK, Canada, and others are not an accident.  Those are democratic societies; the people chose those systems over time.  We may not like some of what they have, including less technology, more restrictions, less access to new drugs, more government regulation, wait times for certain things, gatekeepers, etc.  But those are the ways in which other systems save money and cover everyone.  Those were hard choices, and others make them all the time.

If alternative plans are to be offered, they will need to go through the same rigor of the PPACA. Put it on paper, in detail, and say out loud what you hope to gain and what you are willing to sacrifice. Most of us would welcome a debate on those decisions.

No handwaving.  No promises of magic solutions that somehow save money, increase coverage, and improve quality.  If you do that, you’re lying or a politician.  Or both. 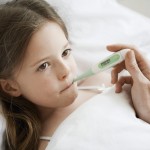 Health reform and the iron triangle of health care
14 comments