When I was called to see the patient after a motorcycle accident I expected the worst. The patient sustained a thoracic spine injury with cord transsection at T5 level as well as significant chest wall injury on the right side. 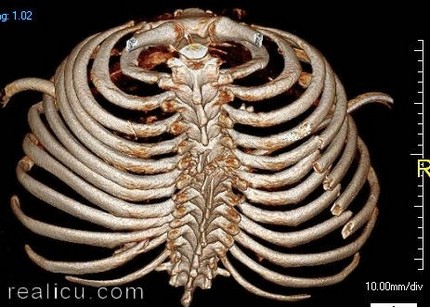 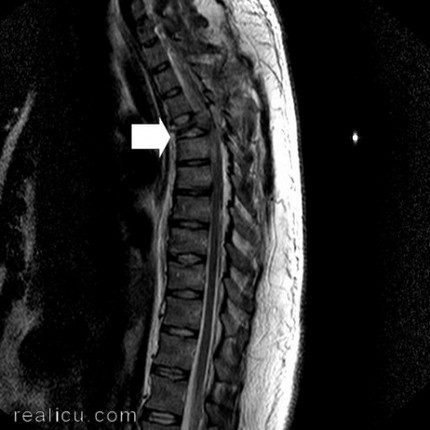 Mechanics of the respiratory mechanism is impaired. Patients often are unable to take a deep breath and fully expand their lungs. Clearance of the secretions is a concern as well. Many patients with severe chest wall injury succumb to pneumonia and respiratory failure.

To facilitate pulmonary clearance, improve pain control and pulmonary mechanics chest wall stabilization has become a practical option. The technique of realigning and stabilizing ribs with metal plates is yet to be widely adopted. I have witnessed on multiple occasions that the patients with a stabilized chest do better and recover faster then the patients treated conservatively.

I was surprised to see that the patient was, actually, doing Ok from the respiratory standpoint. He was describing that he could feel his whole right side of the chest shifting when he was being moved. Besides that, pain was not a major issue and his respiratory status, otherwise, was stable.

The explanation for this surprising “wellness” was not in any way satisfying. He also sustained a severe spine injury with cord transsection at T5 level. His sensory level was just below his nipples. The patient simply could not feel the pain from the chest injury.

In no way I can call it even a mixed blessing. Most of us would likely take severe pain over being paralyzed.

It did make me think, nevertheless, about the importance of pain control in these trauma patients. Huge doses of narcotics are often unable to control the discomfort. Epidural analgesia is frequently employed to alleviate the pain. Some centers even utilize pain control techniques like intercostal blocks to achieve analgesia.

Work should be about optimizing your productivity and health