Everyone knows that the excess growth in health care costs is driving the fiscal crisis in our country.

The problem is that while everybody wants to somehow cut the cost of Medicare/Medicaid, in theory, when it comes time to actually make cuts, the courage of our politicians fails in the face of unrelenting public opposition to cuts in Medicare.

In a recent poll, the Washington Post found that a staggering 78% of respondents opposed cuts to Medicare, 65% strongly. Surprisingly, despite the fact that it’s a “welfare” program with limited constituency, 69% opposed cuts in Medicaid. And this is despite the fact that the poll question was slightly loaded, phrased to trigger the respondents’ awareness of the national debt. Gallup found that even of Republicans, only 14% favored an overhaul of these popular entitlement programs, and 61% favored either no change or minor changes.

So while we all see the train heading off the cliff, we all know that something needs to be done, it’s hard and politically scary to tinker or roll back such popular programs. You can see that with the fact that Obama’s HHS has granted hundreds of “Quality Bonus” payments to the Medicare Advantage plans that he opposes. And now some in Congress are trying to roll back the Independent Payment Advisory Board (IPAB) that was included in the PPACA.

This is disheartening, especially in light of the fact that the critics of ObamaCare are those who often complain that it does to little to contain costs. Yet they are trying to repeal what is probably the single most effective cost-control provision in the health care reform. Apparently it’s “rationing” or possibly a “death panel.”

I should explain what the IPAB is, before I go any further. Established in the PPACA, it grew out of the MedPAC, Medicare Payment Advisory Commission. MedPAC made recommendations to Congress regarding what services Medicare should pay for, and how much it should pay. However, Congress often (read: usually) ignored those recommendations, especially for medical devices or other services with well-connected lobbyists, and MedPAC has been a very weak influence on controlling the growth in Medicare expenditures. IPAB is a bit different. It will consist of 15 appointed members who are to be experts in health care, economics, research and insurance. Some, but no more than half, are to be health care providers. The president is to consult with Congressional leaders before appointing them, and the chair will have to face Senate confirmation.

The IPAB will have powers more expansive than MedPAC. If HHS determines that the growth of medicare is expected to exceed a certain index (inflation-based till 2020, GDP-based after that), the IPAB is required to submit a plan which would restrict that growth by a certain percent.

IPAB is explicitly prohibited from making any recommendation that would ration care, raise out-of-pocket expenses from beneficiaries, or restrict eligibility in Medicare. It also cannot reduce hospital reimbursement rates till 2020. Any recommendation IPAB makes will become law (or, technically, a rule) unless Congress acts to replace that recommendation with one which can save as much money. Congress may, with 60 votes in the Senate, choose to block the IPAB recommendations altogether. (Interestingly, 60 votes are also required to repeal or disband IPAB.)

This body was created basically because Congress failed to act, and shows every likelihood of continuing that gridlock on the hot-button item of health care cost control. And when Congress has in the past tried to put health care cost controls into law, it hasn’t worked out so well. (See: SGR) So the PPACA took the initiative away from Congress and creates a dynamic in which health care experts, including doctors, will be making recommendations that will automatically go into effect. This takes the “default” mode from “nothing happens” to policy changes which will happen unless Congress can rouse itself to block them. Is that a possibility? Sure! (See again: SGR) Will it happen routinely, if the rules proposed are limited in scope and well-targeted? Hard to say. We won’t know that until IPAB is actually constituted and has made some recommendations. There are as yet no appointees.

So why is the IPAB being opposed in Congress now? I think there are a variety of reasons. Some legislators may be regretting the cessation of that power to an outside agency. The GOP has a vested interest in opposing everything about ObamaCare, both ideologically and electorally. And Republicans have never been comfortable with bureaucrat-run, centralized decision-making bodied in the first place. There are electoral advantages to members of both parties in posing as defenders of Medicare. Some of both parties may be influenced by the financial support of the health care industry. (Industry sources have a vested interest in health care costs not being controlled — remember that one man’s waste and abuse is another’s paycheck.)

In the end, I think Congress will leave the IPAB alone, and they’ll be glad they did. When the time comes for the cuts we all know are needed, IPAB can do the hard work and the politicians won’t have to get any blood on their hands. They can decry the cuts as misguided and lament their inability to block them. Everybody gets to evade responsibility, and the policy can actually be set by experts. Whether they will get it right, or whether they will have the scope of authority to bend the curve of health care costs is at this point still an unknown. But changes are needed, and at this time the IPAB is the only credible mechanism we have in place or under consideration.

Doctors find incentives elusive for meaningful use of electronic records

The war on pubic hair must end 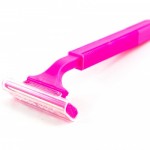