An excerpt from Little Patient Big Doctor: One Mother’s Journey.

I want to share with you my experiences with two of my children . . . . I share the hecticness our lives with you for a reason. We are all the same. We are all busy. We all face adversity. And while we want most to trust the opinions of professionals, we need to stay sharp.

It is draining to continue questioning doctors whose expertise, knowledge and training lead many of them to believe that their approach and understanding is complete. It is exhausting to pursue different remedies. It is unsettling to always be in a state of doubt . . .

It was apparent to most who saw Ethan that the redness and cuts on his face were not just newborn scratches and rosiness. Advice poured in from all around. . . .

And so, through the kind advice of others, I found myself in an allergist’s office. My doctor had been insistent that breastfed babies do not suffer from allergies; I wanted to believe him despite my experience, and had not gone to an allergist before.

I traveled to Philadelphia to see this allergist. The waiting room was packed with children of all ages. Ethan was the only infant in the room. After waiting for an hour, we finally met the allergist. He was a young doctor but like every other doctor, he owned his space and had a grand sense of command.

Do they teach this in medical school? He was also filled with information that I did not know and was able to clearly relay to me some basic facts. He explained that allergy testing under the age of one was not particularly reliable. Often babies will have false positives in response to allergens to which they have no problem. But given that Ethan had such severe eczema, it was likely that he was allergic to some foods.

He gave a skin test to Ethan. . . . Ethan was initially diagnosed as possibly being allergic to dairy, wheat and nuts. The doctor explained to me that this test was not necessarily reliable, but since it was all we had to go on, it didn’t hurt to try keeping those foods out of his system. Since I was still nursing, this meant that I had to exclude dairy, wheat and nuts from my diet. That meant that I couldn’t even eat the basics like bread, pizza, peanut butter and ice cream (yes, I consider ice cream a basic). The allergist explained that even though I was nursing and the baby was not directly consuming the food I ate, in some very sensitive children what the mother eats affects the child.

I was starting to learn something very interesting. I was surprised that my pediatrician did not know the information that the allergist just explained to me. . . . [A]t that moment in the allergist’s office, I realized that helping Ethan should ideally be a partnership amongst me and all of his doctors, each of whom has important knowledge to impart. The allergist instructed me not to bathe Ethan too often as water has a drying effect on the skin. A number of years later I received the opposite advice from another allergist. . . .

Three and a half years have passed since Ethan was born and I am again in labor. . . . We take Alex back to confirm the diagnosis of unilateral hearing loss. Alex first had to see an ENT to ensure that his ears were clear for the test. The ENT had a business-like demeanor about him. There were many patients in the waiting room and ours was a routine visit- he just had to make sure Alex’s ears were clear. His possible diagnosis of unilateral hearing loss was nothing extraordinary or eventful to this ENT.

Since Alex had to be sedated, a nurse had to be present to monitor him during the ABR. A different audiologist sees us this time. . . .

My husband accompanies me on this visit. His eyes bug out when he sees all the wires and machinations involved. This time though, after adjusting and readjusting the earpiece, the results turn out worse than before. An hour and a half later, after numerous questions we walk out exhausted and dazed.

Now the diagnosis is that Alex has moderate to severe hearing loss in both ears. He needs hearing aids. We were told that his hearing loss was so significant that if he didn’t get hearing aids by the time he was six months old, he risked never being able to speak normally. We now had to do a complete workup on Alex to ensure that there was nothing else wrong with him. The tests included: EKG, eye test, MRI, blood tests as well as follow up hearing tests.

None of this was making much sense to me. Our son seemed absolutely normal. He showed no signs of not being able to hear. I’d had babies before. I felt strongly that if he could barely hear, I would know. I spent lots of time with him and often witnessed him waking up at the slightest sounds. Sometimes he slept heavily, but what baby doesn’t? Also, the change in test results was curious. It was only three weeks after the previous test; yet, there was such a dramatic difference between them. Neither the audiologist nor the ENT could explain what was going on. We needed to schedule another ABR to confirm the results. 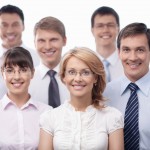 Common things are common, except when the diagnosis is rare