If a person tries to commit suicide, could that be considered as a statement that this person wishes to die and does not want aggressive treatment to save his or her life?

Not from a legal standpoint, and not if you are living in the United States.

A middle-aged man with a long standing history of depression decides to end his life. He puts a large caliber gun straight to his forehead and squeezes the trigger. 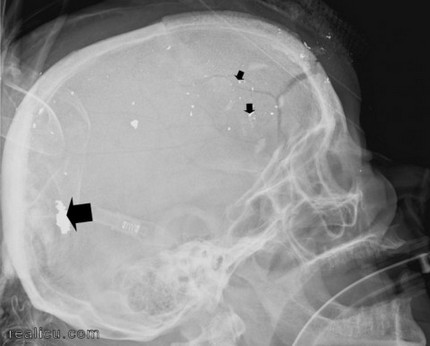 The patient was unresponsive at the scene and remains so in the hospital. He was put on a ventilator and remains stable otherwise.

No signs of the neurological recovery are evident. The patient is unable to follow any commands and remains completely unresponsive. The conclusion of the physicians involved in his care is that no meaningful neurological recovery is possible. Yet, his brainstem remains intact, so the basic reflexes like corneal and cough reflexes are present, precluding a progression to brain death.

The patient has no family. No appointed legal guardian or representative to assist with decision making is available. How do you decide if withdrawal of care is in the patient’s best interests? No meaningful recovery is possible, so can we consider the fact that the patient was trying to commit suicide as a statement allowing doctors to withdraw care?

The answer would be “No” if you ask your corporate attorney. A legal guardianship is necessary to be able to withdraw care.

Things get even more complicated when organ donation is considered. In a sense, the patient is a “perfect” organ donor -– previously healthy and with isolated brain damage. The family’s consent is necessary to proceed with donation. Since no family is available, it all comes down to legal guardianship. Obtaining guardianship could take time and it could be expensive as well. Waiting for the legal paperwork to go through might simply preclude the possibility of successful organ donation all together.

On the flip side of this issue is a concern that many suicide attempts are, indeed, cries for help rather than a genuine desire to end one’s life. Depression which is very prevalent among patients attempting suicide is a treatable condition and, thus, a future suicide can be prevented.

What if the person “didn’t mean” to die by committing suicide, but simply “overdid” it. In many cases the patients admit that trying to end one’s life is a bad idea and they would never do it again. Some patients simply underestimate the harmful effects of various medications used for suicide. Many people do not realize that serious liver damage and death can occur from a high dose of Tylenol, even though it is readily available over the counter.

Suicide and withdrawal of medical care could be a complicated issue. There might not be good ethical or legal support to facilitate decision making in these cases. It doesn’t help that the patient, who has no chances for recovery, is unable to die.

Patients who are dying and their awareness of death

Why stress in doctors needs to be recognized and treated

Patients who attempt suicide and withdrawal of medical care
5 comments