Bret Michaels continues to be monitored in the intensive care unit after suffering a subarachnoid hemorrhage. 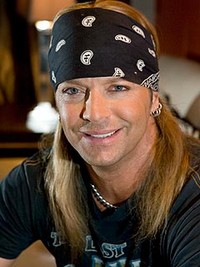 According to his road manager, “further testing this week will help locate the source of the bleeding.”

What exactly does that entail?

As I mentioned previously, aneurysms are responsible for the majority of brain bleeds. Finding that source is critical. Angiography, or more specifically, digital subtraction angiography, is the preferred, and most accurate, test.

Despite being the proverbial “gold-standard,” no definitive cause for a subarachnoid hemorrhage could be found between 14 and 22% of cases. If the initial angiogram is negative, repeating it is necessary within 2 weeks.

Non-invasive studies, like CT angiography or an MRI don’t achieve the accuracy that an angiogram does, and, unless there’s a reason not to undergo a conventional angiography, aren’t considered in these cases.

If an aneurysm is found, the risk of rebleeding is high, estimated to be 3 to 4% in the first 24 hours and 1 to 2% each day in the first month. If there is a rebleed, mortality is high — estimated to be around 70%. That’s why it’s important to definitively treat it, with surgery being the likely treatment option.

About 10 to 15% of cases have no clear cause, but they have the most promising outcome. According to Daniel Barrow, chief of neurosurgery service at Emory University Hospital, “these patients often make good recoveries and don’t tend to have a recurrence.”

Some have asked whether his diabetes or recent appendectomy were predisposing factors. To my knowledge, it’s unlikely.

Whether Michaels will fully recover is also in question. He suffered a major stroke, and has a long rehabilitation ahead. Studies show that people who recover from a subarachnoid hemorrhage continue to have impairments in mood, memory and cognitive function. Depression and anxiety also can arise during the recovery period.

He will continue to be closely monitored in the intensive care setting, as the mortality rate still hovers around 50% during the first 30 days of a bleed.

Health care administration is a source of medical waste