A large number of U.S. medical schools say students have posted unprofessional material on Web sites such as MySpace, Facebook, and Twitter, but few schools have adequate policies in place for dealing with such behavior, a new study found.

Of 78 U.S. medical schools that responded to a survey, 60% reported incidents of students posting unprofessional content online, including material that was classified as profane (52% of the respondents), discriminatory (48%), sexually suggestive (38%), or violated patient confidentiality (13%), according to a report in the Sept. 23 Journal of the American Medical Association.

“While most incidents resulted in informal warnings, some were serious enough to lead to dismissal,” Katherine C. Chretien, MD, of George Washington University School of Medicine and Health Sciences, and colleagues wrote.

“However, few respondents reported having professionalism policies that could apply to student online postings and very few of these explicitly mentioned Internet use.”

Chretien and her colleagues acknowledged that Web-based technologies that encourage user generated content, such as social networking sites, blogs, wikis, and media sharing sites (often referred to collectively as “Web 2.0”), have led to innovative tools for healthcare and education.

On the downside, they also noted that people who post unprofessional content can reflect poorly on the institutions with which they are affiliated, and that many industries are grappling with this issue. 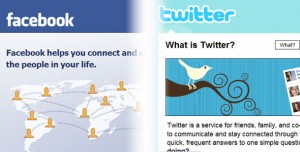 “However, the social contract between medicine and society expects physicians to embody altruism, integrity, and trustworthiness,” they wrote. “Furthermore, ethical and legal obligations to maintain patient confidentiality have unique repercussions. Yet, defining unprofessionalism online is challenging; there are no formal guidelines for physicians.”

To that effect, the authors explored the nature and frequency of unprofessional postings by medical students, as well medical school policies governing that behavior.

Of the 130 U.S. medical schools they identified, 78 (60%) responded to a survey on the issue in March and April of 2009, and 47 of these reported one or more incidents of students posting unprofessional content online.

In the year prior to the collection period, 13% of the responding schools reported no incidents, 78% had fewer than five incidents, while 7% had five to 15 incidents, and one school reported some incidents but officials did not know exactly how many.

The majority of patient confidentiality violations involved blog posts that described clinical experiences with enough detail that patients could potentially be identified.

Several violations included sexually provocative photographs of students, sexually suggestive comments, and requests by students for inappropriate friendships with patients on Facebook. Other students posted photos of themselves intoxicated or with paraphernalia associated with illicit substances.

Of the schools that responded to a question about current professionalism policies, 38% reported that their policies cover student-posted online content, but most of these policies did not explicitly mention Internet use.

While some incidents, such as violation of patient privacy and photos involving illicit drug use, appeared to be clear-cut lapses in professionalism, posts that include profanity or sexual suggestiveness fall into more ambiguous categories.

“Notably, examples of students’ public behaviors that fall into many of these categories have been documented long before the advent of the Internet,” they wrote.

“Some, such as socially inappropriate medical student shows (in which medical students write and perform satirical comedy skits), may serve important coping and stress-release functions during difficult training; however, when disseminated on media-sharing sites such as YouTube or Google Video, they carry the potential for significant public impact and viral spread of content.”

The authors suggested a number of steps that medical schools could take to address the issue:

* The formal professionalism curriculum should include a digital media component, which could include instruction on managing the “digital footprint,” such as electing privacy settings on social networking sites and performing periodic Web searches of oneself.
* Relevant laws related to patient privacy should be incorporated into instruction.
* Assessments of professional competence could include assessment of a student’s digital footprints.
* Medical school residents and faculty should model appropriate Web 2.0 behaviors.
* Faculty should learn the capabilities of the various Web 2.0 applications, if they don’t already understand them.
* Future research should examine existing Internet usage policies, identify policies that work well, and determine the effects of specific policies and classes on students’ online behaviors and professional development.
* Students, residents, and faculty should discuss what medical professionalism means in the era of Web 2.0.

The authors noted that schools responding to the study may have been more likely to have incidents of unprofessional behavior or higher levels of concern than nonrespondents, introducing possible bias into the study.

Other limitations included a lack of available literature on the topic, the absence of student input, and a lack of detailed information on the policies of the schools surveyed.

Why patients will reject evidence-based medicine