Recent reports have said that Michael Jackson died from a propofol overdose. Is that really the case?

Here’s what happened, according to the published timeline.

So, before the “fatal” propofol dose was given, Jackson was given enough benzodiazepines to put down a large animal, yet alone someone of his slight frame.

A few thoughts on this tragic incident. 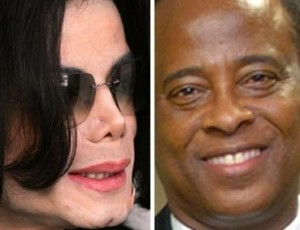 First, it’s obvious that Jackson must have had significant resistance to the sedatives, for these amounts not to put him to sleep. Also consider that the drugs were given intravenously, which only intensifies the effect as well as quickens the onset of action.

Second, there’s no question that Dr. Murray, a cardiologist, was in over his head. Jackson needed medical care far beyond what was offered to him. With a clear pattern of addictive behavior, which Dr. Murray recognized, Jackson would have been better served by a team of clinicians who could have offered better psychosocial support in trying to wean back his benzodiazepine use.

Third, I don’t know how anyone can point solely to propofol as the definitive cause of death. The massive quantities of sedatives that were previously given, either alone or in conjunction with the propofol, could have easily caused Jackson’s presumed respiratory and cardiac arrest.

Fourth, Dr. Murray will likely be arrested. The simple act of giving propofol outside of a monitored setting goes far beyond medical malpractice. It’s criminal.

And finally, this case highlights the risks of treating celebrity patients. Michael Jackson was calling the shots, and despite Dr. Murray’s reservations, he still received the drugs he requested. Had Dr. Murray refused, he probably would have been fired and replaced.

Celebrity rehab specialist Drew Pinsky says it best: “There is not a separate diagnostic manual for celebrities. These are just people. They are just patients. And if you feel yourself overlooking things or making exceptions, these are huge mistakes. You have to realize that the standard of care is the standard because it’s the best, and if you start offering special care you are probably going to do substandard care.”

And that’s what happened here. Conrad Murray gave in to Michael Jackson’s addictive behavior, and subsequently, Jackson received care far below the standard.

Is health care a public good?

Can stealing in childhood be normal, and when should parents worry?