A physician recently uploaded 10 of the original Rorschach plates to Wikipedia, and psychologists are angry about it. 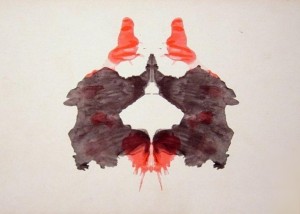 The Rorschach test is commonly used by psychologists to assess personality and emotional responses. By uploading the images, as well as common responses, they fear that patients can “game” the test, and in effect, render the results useless.

They say that, “the Wikipedia page is the equivalent of posting an answer sheet to next year’s SAT.”

There are other tests that can be used for the same purposes, but the Rorschach test by far has the most data backing it up.

Some are arguing that the presence of the test in Wikipedia is akin to having the Snellen eye chart, where one can theoretically memorize the chart to pass vision screens.

In any case, the cat is out of the bag already, so any discussion of whether these images, along with their interpretation, should be taken down or not is moot.