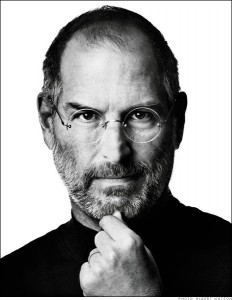 For those interested in the medicine behind the transplant, go and read his post in its entirety. I’d like to highlight some of the potentially questionable ethics surrounding the case.

For one, there is the question why Mr. Jobs, who lived in California, had his transplant done at a Tennessee hospital. As reported by The Wall Street Journal, it was because the waiting list in that state was 46 days, far lower than the national average of 306 days.

Orac asks how many others in need of a transplant would have had to means to travel to a state with shortest waiting time, and although “what Jobs did is not illegal . . .it sure does leave an unpleasant stench of the rich and powerful taking advantage of regional differences in organ availability, perhaps at the expense of a lifelong Tennessee resident who needs a liver.”

Furthermore, the question whether a liver transplant should have been done at all is somewhat debatable. Mr. Jobs had a slow growing pancreatic neuroendocrine tumor that apparently had spread to the liver. The data surrounding the efficacy of a liver transplant in these cases is scarce, and the studies cite a cure rate ranging from 33 to 80 percent. And considering his previous history, where he had received a Whipple procedure, Orac notes that since “Jobs’ medical condition was far worse than he had let on, and his prognosis is far more tenuous than is being advertised . . . it’s arguable whether [the liver transplant] should be done in these cases, given the scarcity of organs and the questionable results.”

Of course, this speculation is entirely based on the Journal’s reporting, which was bereft of named sources. This entry by John Gruber further analyzes the reporting itself, and speculates on some of the uglier aspects of the story, including the thinking in some areas that, “there is no other way to read this than as an implication that Steve Jobs may have gotten a liver that should have gone to someone else.”

Poll: Should a doctor blog his medical malpractice trial?

ER crowding and your risk of dying from a heart attack

Steve Jobs received a new liver, and the ethics surrounding his transplant
13 comments